In the world of conventional smart lights, Philips Hue takes the place. The smarts lights found here can be distributed further as per their designs and styles, bulbs and light strips. The perspective and preference of the buyer matters as there are competitors that may or may not provide with better facilities. Philips Hue however comes with a huge range of options and has left their material out in the open for third party developers to gain access to it and use it however they want to. Further below are few of the best Philips Hue Apps created for android users and some of these support the LIFX lights as well that is one of the massive and known Philips Hue competitor.

Price: $1.39 This app can do almost everything as it can control the Philips Hue lights with its Task plug in. Tasker is still in the learning process and is not a best option for those looking for simple and easy controllers though the customization is excellent. The user can control color, light blinks of multiple lengths, color loops, JSON scripts and brightness too but the user will have to learn how to use the Tasker and then they get enjoy it fully as it is one of the finest Philips Hue apps.

Price: $3.99 Hue Disco is a popular app among the Philips Hue apps for multiple parties including android parties as well as this app taps into the Hue's ability to transform depending on sound as the user have to play the music loud and run the app simultaneously then lights color, brightness and more features will change according to the music that the user is listening to. This app allows customizations and comes with a bunch of features and also allows the user to know when their music has hit the bottom end and will not go any further. But for this app to work the user requires the possession of Philips Hue Controller.

Price: Free or $5.49 HueDynamic is the most influential Philips Hue apps for android users. This app include a lot of clean tricks that includes the setting of lights after power is cut, a huge range of scenes, customizations and also features like multi bridge support, camera functionality and enhanced routines for the official Philips Hue app. This app works with still images as well as live videos to adjust the lights by pointing the camera towards it and due to its heavy features this app is a bit buggy but still is one of the best and easy to use apps on market.

Price: Free or $1.99 Hue Light is a new app in the family of Philips Hue light apps for android users and is extremely simple where the user can use it to connect it to the Philips Hue bridge and also they can dim or brighten lights or can change the colors, adjust single light or can group lights together in a single room and do much more. The first and second generation Philips Hue bridge users can enjoy this app too. The free version of this app contains advertisements and the pro version is free of it while the features are all the same in both versions of this application.

Price: $1.99 Hue Pro is one of the top and best Philips Hue apps having a lot of features like the stock apps and the design is similar too. There are lighting presets, brightness and dimming toggles, widgets, music synchronization and more features included in the app. Few unique features such as controlling of lights while staying away from home are also included. This app has been tested on most devices and works well on the unlisted devices too making it better than other apps that makes it a buy with money app and the refund allowance saves all the trouble of getting spammed. 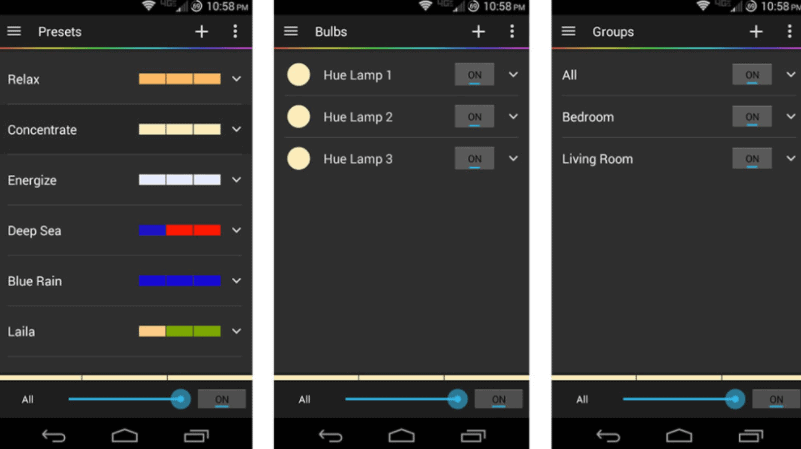 Price: Free while includes in-app purchases Lumio is new in the market of Philips Hue apps for android users having simple options and allowing the users to do basic things like turning the lights on and off, changing brightness values, changing light colors and also holds the ability to change colors with few taps than compared to the stock applications. I does not give other Philips Hue apps competition in features though it may give in the future as of now it is known for its simplicity and easy usage and user interface and can be a bit unstable as it is a new app. 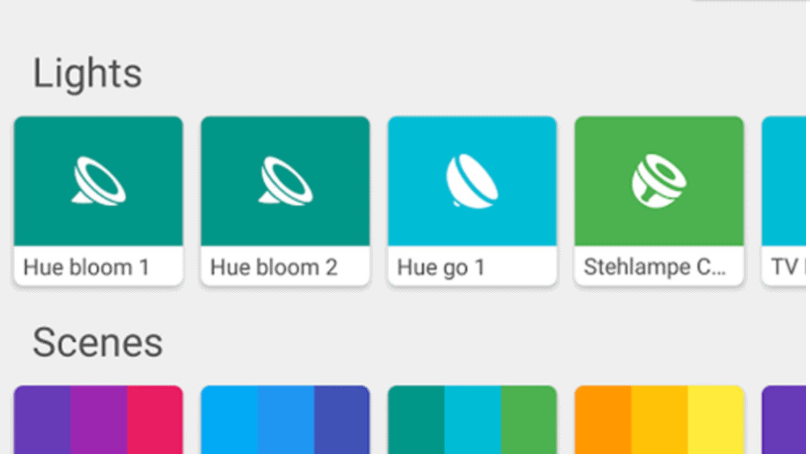 Price: $1.99 to $3.99 each MediaVibe is one of the developers on Google Play and have released multiple great Philips Hue apps. This app include Philips Hue apps profiles for various events such as for Halloween, Christmas, Fireworks and more and also includes unique profiles like World Cup profiles or Twisters (The Game). The color profiles are designed to match the event and its name and the prices vary of the applications but most are below $2.99 and more or less offers the same functions.

Price: Free or Up to $9.99 OnSwitch is one the most remarkable Philips Hue apps as this comes with a direct support for LIFX lights and most features found in the app works for both types of smart lights. There are around thirty light scenes, managing of bulb groups as well as single bulbs though it does not have many features like a stock app for such lights but is a great option for users looking for a sole app supporting both the bulb types having control on most features. This app is free to see how it works while the pro version costs money. 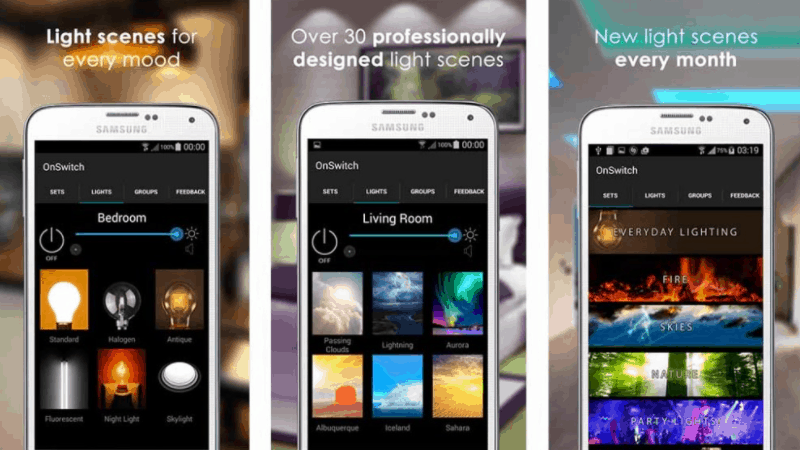 Price: Free The Official app for Philips Hue changed vividly in 2018 as it was completely redesigned and reimagined with new features and user interface. The process became a bit stable and some feature like syncing with music, movies as well as with other devices such as Razer, routines and introduction of scenes that turn on or off the lights as well as change colors depending on the day time was included. There are some flaws found in the functionality but they will get fixed soon and this app does more work than others on this list. 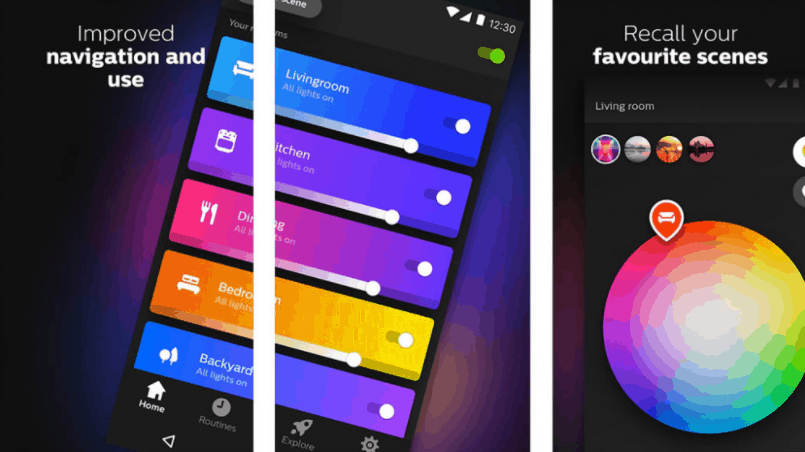 Price: Up to $2.99 Scott Dobson is a developer on Google Play and his creations are similar to MediaVibe and have already released many Philips Hue applications that include specific themes such as Firestorm, Thunderstorm and Sound-storms. All these themes work in a fun manner for example the Thunderstorm version brings out the thunderstorm by producing bright flashes of light and stimulating the lights. There are customization options available as well as settings and sound options to and costs around $2.99 including the LIFX versions for the users having these bases.